HOTEL BUILDING IS A PART OF PRAGUE
History

Book now
for the best price

Chat with us
on WhatsApp 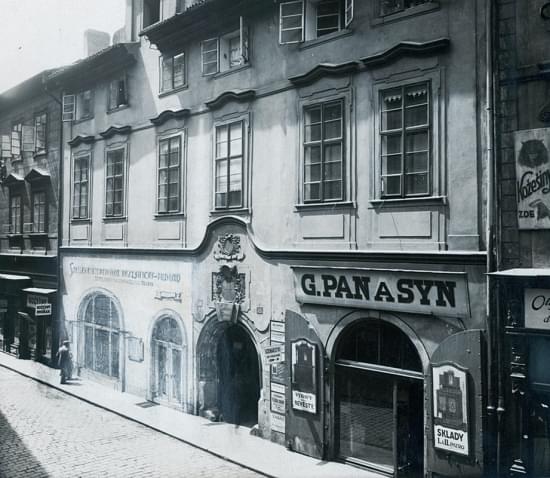 "Iron Gate House" has a wide history, is abound in stories and is important part of Prague history.

Real historic layers could be seen during the excavation of the courtyard, when a large, finely chiselled stone was dug out from the depths of history, which can now be practically used as a seat. It is definitely one of the oldest objects found during the reconstruction of the house.

Story starts at the time, which we know

The current name of the building "Iron Gate House" was documented as far back as in the year 1519 and is reminiscent of the Old Testament stalwart Samson taking away the Gaza town gate to the top of the mount facing the city.

As from the beginning of the 17th century, this rare patrician house was owned by Jan Stastny Golias, later on, Samson was replaced by David's rival, Goliath. For many years it was believed that none of the facades preserved a single trace of any of the house signs, which had been quoted in ancient documents; however, during the restoration of the facade facing Michalska Street, a painting of the house emblem was discovered and restored.

The gothic complex underwent a large reconstruction in the 16th century. The Baroque period and Classicism contributed gradually with the addition of loggias and balconies, however, the most prominent feature is a tower which is significantly higher than the houses themselves.

The new face, especially of the northern wing was changed around the year 1800, by Count Ludvik Jan Hartig (1736-1813), a lover of art and an active musician. He founded here a musical society, joined two floors into one and thus created a huge concert hall decorated with stucco, gilding and paintings. Today, the hall cannot be restored to its original scale. However the Heritage Department has managed to discover and restore both pillars with decorative bases and parts of preserved paintings. Count Hartig was a distinctive personality also served as a model for one of the characters in Mörike's novel "Mozart's Journey to Prague".

August Fridrich Piepenhagen, who later became famous as an outstanding painter of romantic landscapes sought-after by collectors all over Prague, used to live here. In the 2nd half of the 19th century, the house was famous for Fuchs printing office, and housed an editor's office of several Czech papers. Czech writers of that time, Jan Neruda and Ignat Hermann, used to frequent the house.

The Iron Gate house could tell many a story. For the last 150 years it has become rather dilapidated and has been used without any special maintenance.

Recently, it was subject to major renovation during which a number of important discoveries were made.

Especially worth mentioning are: part of a wall fresco painting from the 14th century, the wooden, painted, so-called decking ceilings with various ornamental scenes, and also ceiling paintings with figured compositions, the most interesting of which is of Joseph and Putiphar's Wife. The wooden ceilings have been covered for almost three hundred years since, according to the decree issued by the Empress Marie Theresa, all combustible constructions had to be covered, at least by plaster – so that they were hidden from sight to those who came later, but were preserved for centuries, taking us back to almost the times of the famous Emperor Rudolf II. Another discovery is a torso in a medieval paving in the ground-floor room with a central pillar and a chapel, which has been out of use for a long time.

During a careful renovation, an exceptional and rare high gothic roof truss from around 1380, and a former northern gable wall with a narrow and high window on the central axis, was discovered. It is all now preserved for our viewing pleasure.

It is also possible to admire period parquet, partly original, historic railing, roof truss constructions, profiled doors and a number of other remarkable features; as for example, little windows of various sizes and shapes, or various niches and alcoves which give the space an original flavour with a unique atmosphere. Facades, uni-coloured until recently, can today be admired in a restored shape with a number of artistic details.

In the same
BUILDING

Centrally situated luxury boutique hotel offers amazing experience in 48 unique rooms and suites, 1 apartment located close by the hotel. This beautiful landmark is set in the privacy of its own courtyard with an unforgettable atmosphere. 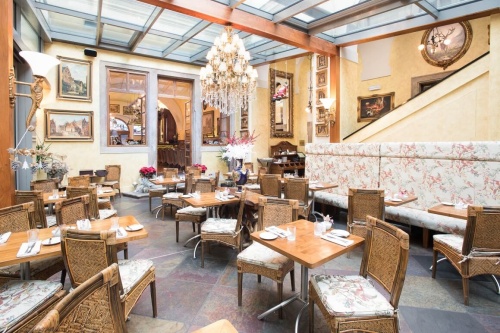 Deer Restaurant is well known as the venison master. It offers top pastry and desserts produced by our very own bakery. Deer equals delicious food, exquisite serving presentation, great service and wonderful setting in the center of Prague.

If it is your first visit to Prague, you will not find a better location then ours! Hidden in the quiet cobblestone streets of the picturesque Old Town, we enjoy having all of Prague´s major attractions within walking distance. The Old Town Square is only 2 minutes away on foot!

We have some limited amount of official street parking lots which are charged by 550 CZK / 24 hrs.

Our hotel is located in pedestrian zone. Please contact our reception for valet parking.